Seneschal report – Nothing to report

Exchequer report – Reporting now monthly and accrual accounting not cash accounting,
Quarterly reports still due and signed.
Account $3343.32
Need inventory of Grey Gargoyles gear. May access, we need Susana there with key.
Still need to add Seneschal to account.
need receipt or contract with church regarding meeting fees of $25.

Herald – report in on time.  Rejection on submission for badge, was redrawn needs resubbing.

Knights Marshall –no practice site officially on campus, can fight outside if weather is good, church costs money.
Still working on boy scouts.

New business – need check for $100 for start up cash.
payment for site for today approved.

Greetings unto the populace of the Middle Kingdom. The Canton of Grey Gargoyles is pleased to announce that pre-registration for Stone Dog Inn XII: Russian Into Fun is now open! Please use the attached document to pre-register: Stone-Dog-Inn-XII-Pre-registration

Pre-Registration money for Stone Dog can be sent to:

Please include your name, SCA name, if you are registering for lunch and/or feast. If you would like an e-mailed receipt, please include an e-mail address.

Reminder – next business meeting is next Sunday, March 6th at 2pm, I promise it will be brief (and I’ll try to be on time this time). Same location as the fight practice.

Budget voted on and approved

Lunch Mistress – Helewyse – will also be helping with feast

Dance and rapier pickups will have to occur outside, assuming it is nice out.

9:45 – Tournament of the Courtier starts

Once tables are set up in the gym for lunch, they can stay up the rest of the day for activities, feast, court, etc.

1-2 Bardic competition – part of Tournament of Courtier – in the sanctuary?

2-3 Speaking competition – part of Tournament of Courtier – in the sanctuary?

3 Tavern brawl in the gym

5 get out of the sanctuary, church services start at 6

Pre-reg –  We may not have Paypal access, so will have to have checks

Concert – Emilysue may be able to serve as Concert Mistress

A local boy scout troup, #599, has built a catapult and wishes to test it on some local fighters

and the demo desired.

-Still some space in the locker for personal items

Greetings!
This is to announce the next Stone Dog Inn’s vital Coin-A-Thon, where eager moneyers, pewterers and the general populace can participate in the creation of the coins needed for our favorite event! It will be held on Saturday February 27, 2PM at the home of Lord Ack and Lady Susanna, 4126 149th St. Midlothian IL, 60445 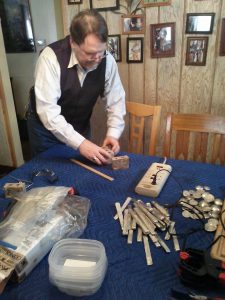 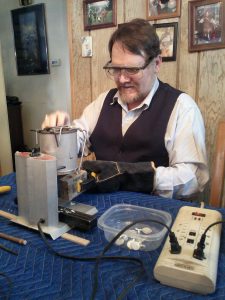 Welcome to the new Canton of Grey Gargoyles site! In an effort to modernize our web space, we have installed WordPress, which will allow for us to update the site more frequently and with greater ease.

For the most part, the site still looks the same, with a few minor tweaks to appearance.